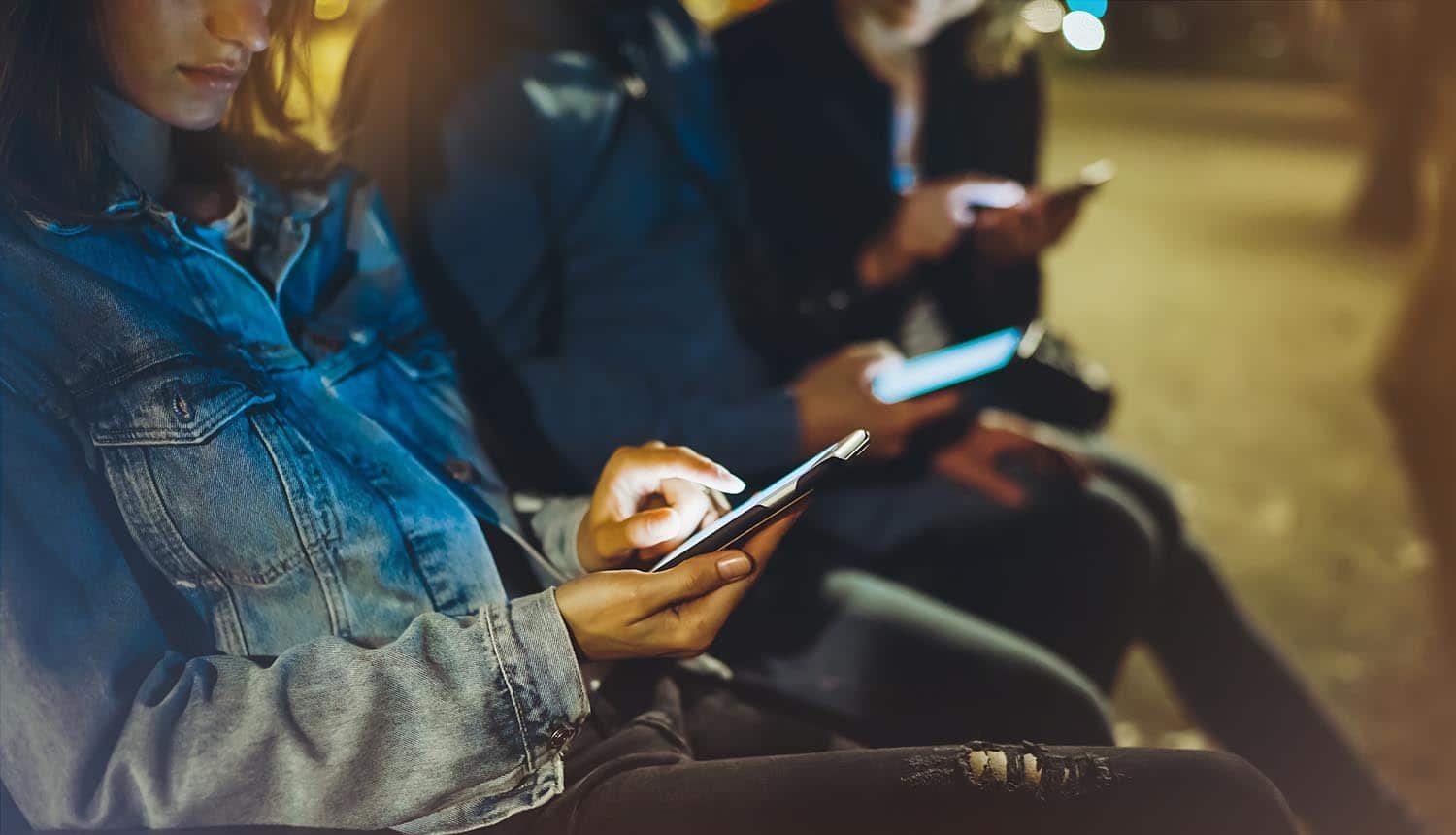 The new iOS 14 privacy labels that are required of Apple app publishers are revealing some major differences between competitors. There is a particular disparity in the messaging apps, best illustrated by setting Signal (which collects no data) next to Facebook Messenger (which collects about 65 different categories of data).

While it is to be expected that a privacy-focused app like Signal would collect substantially less data than something provided by Facebook, the “nutrition labels” format makes the difference eye-popping and very effectively articulates the scope of data that some apps are vacuuming up. Even Facebook’s own WhatsApp collects markedly less data than Facebook Messenger does, with only 16 data categories accessed and none of those involved with third-party advertising (according to the privacy labels).

Signal is the baseline for user privacy, with absolutely no data categories listed at all; its “nutrition label” is a blank slate. Apple’s own iMessage is relatively restrained, accessing four data types: email address, phone number, search history and the unique device ID. Facebook Messenger appears to be snapping up nearly everything that passes through the device: purchases, financial information, precise location, browsing history, user content (such as photos and videos), and much more. 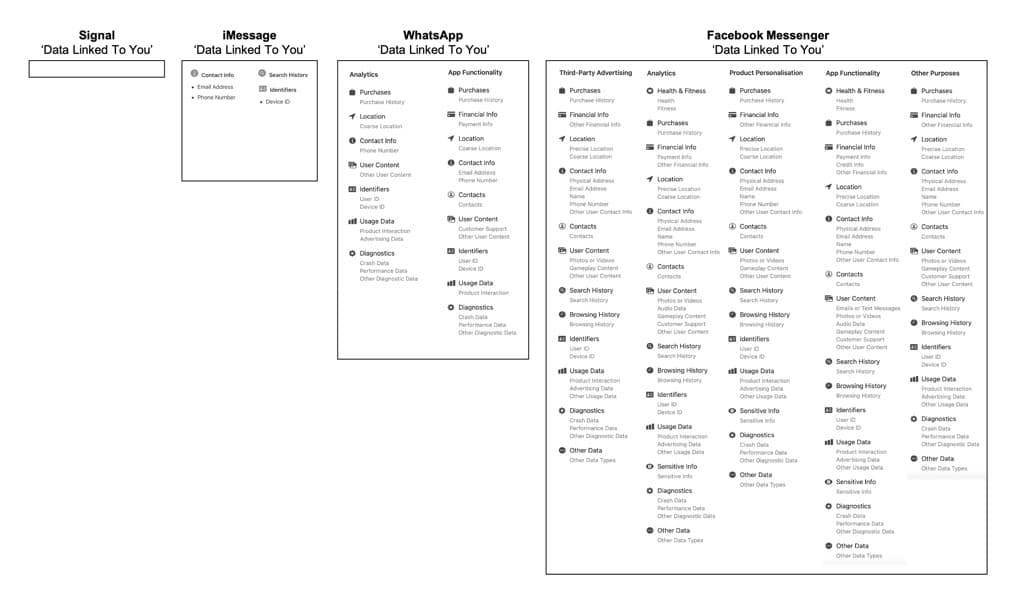 While WhatsApp is not nearly as voracious as Facebook Messenger, the amount of data it collects will likely be dismaying given that the company originally built its name on a commitment to user privacy. The app does not scan or track user messages, but liberally helps itself to user metadata: “coarse” location (a general area rather than specific coordinates), user contacts, usage data and payment information among other categories that are not accessed by iMessenger. WhatsApp appears to be ramping up its collection of this type of data as part of an overall strategy by Facebook to integrate and share data amongst all of its various services; users were recently sent an updated privacy notification that requires them to opt-in to increased data sharing or cease using the service by February 8.

Telegram, which came under fire from some commentators due to alleged use of it by Capitol rioters to coordinate activities, also scored well in terms of privacy as compared to Facebook’s offerings. Privacy labels for the encryption-focused app show that it only accesses contact information, the device ID and contacts.

WhatsApp has previously pushed back against the iOS privacy labels, claiming that the data categories are too general and could mislead users into believing that more personally identifiable data is being logged than is actually occuring. It had also pointed out that users would have to proactively seek out the privacy labels for pre-installed Apple apps rather than being presented with them at download. Even if one grants potential legitimacy to those concerns, the side-by-side comparison of labels does not reflect well on WhatsApp and the company may be better served if users do not seek them out.

Facebook also took out two full-page ads decrying Apple’s new privacy labels in late 2020, claiming that small businesses would be disproportionately harmed by anything that limits personalized advertising. Some industry observers have been very skeptical of Facebook acting as a champion for small business, believing that it instead wanted to draw attention from exactly the sort of negative press that the new privacy labels could create for its messaging apps.

Maps of the most frequently used messaging apps in each country illustrate that Facebook has a virtual monopoly on messaging apps throughout most of the world, with Facebook Messenger and WhatsApp usually in the #1 and #2 slots and far above any other alternatives in terms of monthly active user count. There are many other messaging apps that have similar features and functionality, but they struggle to gain traction outside of a handful of specific countries. The privacy-focused app Signal, which was created by the team that designed the encryption systems for WhatApp and Facebook Messenger, got a substantial boost in interest when it was recommended by Elon Musk (and retweeted by Twitter’s Jack Dorsey) and may be emerging as a viable contender. After Musk recommended that Facebook’s products be dumped for Signal, the previously obscure app shot up to #1 in Apple’s App Store. Telegram’s messaging service also saw a surge of millions of new users after WhatsApp sent out its new privacy policy.

Signal is the baseline for user #privacy, with absolutely no data categories listed at all; its ‘nutrition label’ is a blank slate. #respectdataClick to Tweet

Revenue structures can often tell an end user what to expect from popular messaging apps in terms of respect for user data. Signal is able to operate while collecting very minimal user information due to its status as a non-profit and reliance on donations to run a stripped-down operation. Telegram also relies on donations, but is largely supported by Russian billionaire Pavel Durov (founder of popular regional social media platform VKontakte).